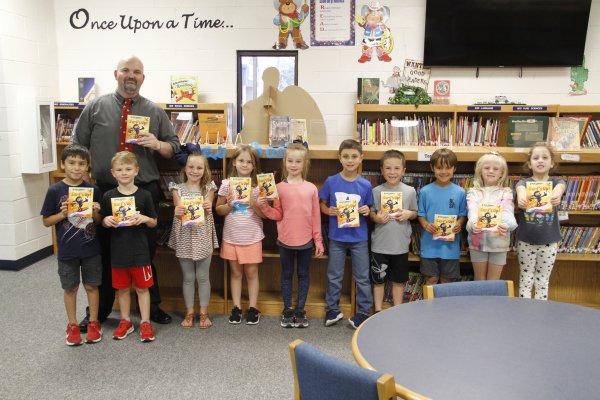 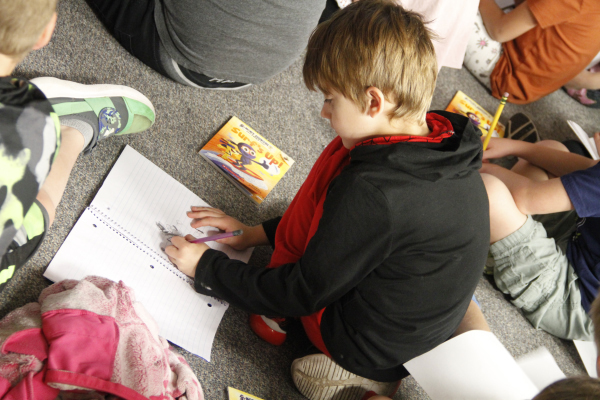 On Wednesday, 10/20, the first grade classes at Quitman Elementary were able to “Zoom” into the multi-purpose room and hop on a video Zoom call with author and illustrator Luke Flowers. Mr. Flowers has illustrated around 50 books and has also written and illustrated the “ninjarific” Moby Shinobi series.

Mr. Flowers began the Zoom call by talking about his love for reading and writing when he was kid. He often dreamed of becoming an author and illustrator while he was growing up on a farm. Flowers said that he found inspiration in drawing the animals on the farm.

Flowers then told the kids he would teach them how to draw their own ninja. But in order to “warm up” their “creative ninja brains,” Flowers said he would first read a few chapters of his book, “Ready, Set, Go!” which features Moby Shinobi and his dog Toby.  Once the students' “creative ninja brains” were ready, Flowers showed them how to draw their very own ninjas. He walked them through the process step-by-step and encouraged them to customize their own ninjas with anything from ponytails to pieces of pizza. 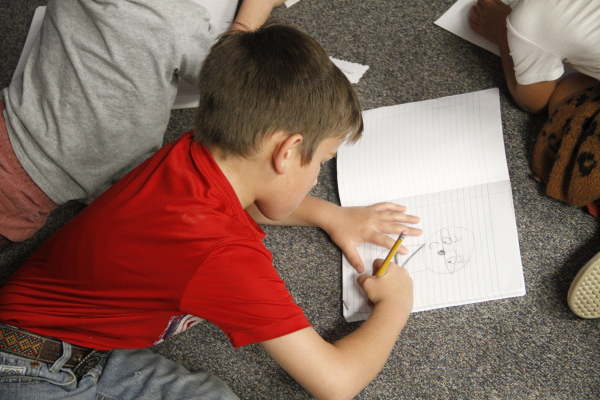 The kids then had a short question and answer session with Mr. Flowers. One of the questions asked was what Flowers enjoyed reading. Mr. Flowers said that he really liked reading comic books. He said that he especially liked Batman. He was also asked what was his favorite part of his job. Mr. Flowers sad that he loved the writing and drawing part of his job. However, he said that his favorite part was going out and talking to the people who read his books. He said that without students like ours, he would have no reason to write stories. 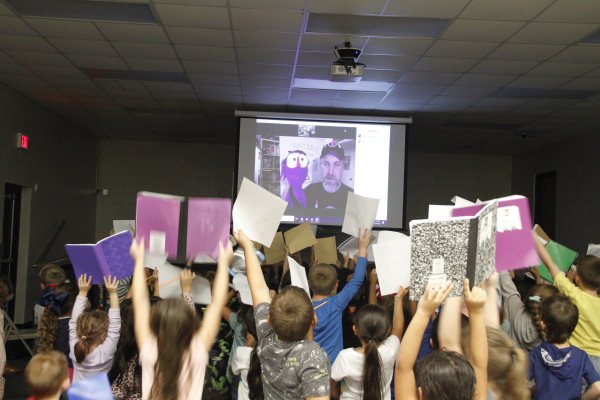 After the students finished speaking with Mr. Flowers and showing him their ninjas, they headed back to class. They were treated to a copy of Mr. Flowers book, “Surf’s Up!: An Acorn Book” (Moby Shinobi and Toby Too!).