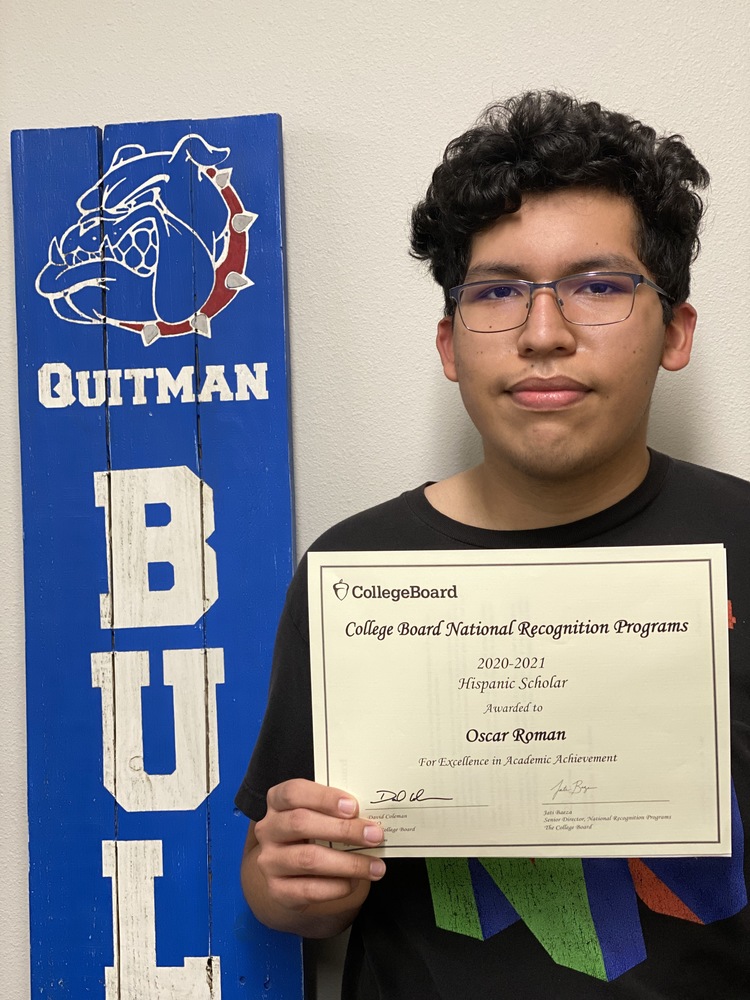 QHS Senior, Oscar Roman, has been recognized by College Board as part of the National Hispanic Recognition Program.  Roman’s PSAT scores from October, 2019, qualified him in the top 2.5% of test takers who identify as Hispanic American.  When asked how he feels about the recognition, Roman said, “It feels good – actually pretty great.”

Roman, the 17 year-old son of Bartolo and Gloria Roman of Quitman, plans to attend the University of Texas at Austin next fall and major in Chemical Engineering.  He is currently ranked #3 of his graduating class.

Roman credits Mrs. Sandi (Julie Sandifer) for her help and guidance during his high school years, especially in math and SAT preparation.