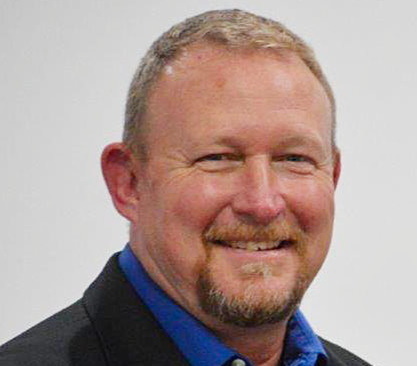 A Quitman native is coming home to take over the task of athletic director and head football coach. Former Bulldog athlete, teacher and coach Shane Webber has agreed to become the new “top dog” with hopes of revitalizing a football program that has seen a record of 6-92 over the past decade. Quitman has not won a district gridiron match since October 2013, when the Bulldogs defeated Grand Saline 41-0.

Webber is excited about coming back to Quitman.

“Quitman has always been home to me. I don’t care where I’m at or what I’m doing, I bleed blue and white. This has been a dream of mine to be able to come back and coach at what I consider can be one of the best programs in the state. We just need to fix some stuff,” Webber said. “I believe in supporting all programs from athletics to FFA, academics and one-act-play.”

Webber knows there is a challenge. “I know it’s going to be tough. Being from Quitman I have ties here and hopefully I can get the kids to buy in to what it means to be from Quitman, not just an athlete, but to be proud of where you come from,” Webber noted. “There are reasons people come back to Quitman and reasons some never leave. It’s because it’s a great town, a great community and we have to buy into that.”

Webber expects to have a solid relationship with the students. “You have to love kids up; you have to show them you believe in them. You have to treat kids with respect and integrity. You have to get them to buy into your program because you buy into them as a person and an individual,” Webber added. “I don’t care if a kid is doing one-act play on a Saturday, you need to go watch it and be there for them.”

Webber believes in senior leadership. “You have to show the kids you love them and I believe you can get them back out for the program. You have to turn loose some of the reins and give the seniors the opportunity to lead. Once it’s part of their own beliefs, they will begin to push each other,” Webber said.

Webber, a 1987 graduate of QHS, comes home with a stellar record as a coach in several sports. He was all-district in multiple sports at QHS.

Webber started his career at Alba-Golden teaching history and coaching junior high and junior varsity sports. He taught and coached in Quitman from 1999 to 2013. He left Quitman in 2013 and has been at Rains ISD as a teacher and coach.

At Rains Webber was the assistant athletic director and defensive coordinator for teams who made the state playoffs in 2013, 2015, 2016 and 2019. He also was the head boys and girls golf coach, winning the boy’s team their first district championship. While at Rains he has taught world and Texas history along with health. He taught dual credit courses in history and government/economics. He has coached five state finalists in power lifting.

He still has the softball team record of 28 wins in a season and led the team to the first softball playoff appearance in school history in 2005. In 2009, his Lady Bulldog basketball team won its first playoff game in 19 years.

Prior to becoming an educator and coach, Webber was vice president of wholesale marketing for the Webber family business at East Texas Optical from 1990-98. The business was owned by his mother, Patsy, and his father, the late Ron Webber.

He was the Rains ISD Teacher of the Year in 2019 and won Softball Coach of the Year four times in his previous tenure at Quitman.

Webber’s mission statement concerns young people. “My desire is to make an impact on young people whether it’s in the classroom, on a playing field or in life. I believe athletics is an opportunity to impart priceless life skills to young people that serve them throughout their life and aid in their future successes,” Webber stated. “As an educator, I believe it is my responsibility to offer all students the tools and opportunities to be successful.”